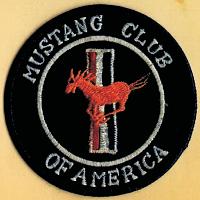 Stan Jones, George White, Gary Goddard, and Tom Taylor had gotten together a few weeks earlier, discussing the idea of forming a club for Mustang enthusiasts. An advertisement was placed in the Atlanta Journal-Constitution. A total of ten people showed up at the first organizational meeting in March. A month later, on April 11th, the first official meeting was held to establish a National Mustang Club, devoted to 1965 through 1973 Ford Mustangs. More than a hundred people attended the second meeting of the club in May. Membership dues were $10, later raised to $12 in July. By August, the Mustang Club of America held its first Grand National meet at Stone Mountain Park, having more than 100 entries from 20 states. By that time, membership was more than 250.

MCA’s birth was a whirlwind, as the club fulfilled a long-simmering need for Mustang enthusiasts. While there were other incipient Mustang Clubs, including the Classic Mustang Association International, none of them survived more than a year or so. Why was MCA successful and others were not? That’s a very hard question to answer. Owners of Ford Mustang’s interest ranges from concours or stock restoration to highly modified street-driven cars to track and drag racing. Attempting to satisfy the wide diversity of interests of the Mustang enthusiast is a daunting task. MCA’s early years emphasized restoring cars to factory condition according to published judging rules for MCA sanctioned shows, which were restricted in participation to MCA members for several years. MCA early Shows had two levels of competition: junior and senior; the latter reserved for those members who had significant experience showing cars at the junior level. The Judging Rules were crucial for leveling the playing field for shows as well as disseminating information about how the cars should be restored. With few books or magazines (let alone the lack of the internet!) to help guide the restorer in the late 1970’s, it must have been hard for the enthusiast to find reliable information. Although parts were available from Ford, the costs were only slightly lower than they are for reproduction parts today, yet the value of the Mustang was typically only a few thousand dollars for a concours-level show car. Most enthusiasts were quickly upside-down when restoring the cars. A saving grace in 1976 was the fact that there were many more Mustangs available on the road or in wrecking yards to scavenge parts or find rust-free rolling stock.Mustang Times, the monthly newsletter from MCA, began as a newsletter in 1976, and transformed into a magazine in August of 1977. Very few of these early magazines currently exist. Mustang Times published technical information, classified ads, a calendar of events, gold card judge contact information, and news from chartered Regional Clubs, along with profiles or features of selected Mustangs. The chartering of Regional Clubs began early, starting with the First Tennessee Regional Group. MCA has striven to have all regional clubs’ members be MCA members as well, but few clubs have been able to achieve this milestone. It does appear that one of the goals of MCA was to become a federation of Regional Clubs to decentralize the MCA organization. By having the Regional Clubs host the National and Grand National car shows, the National Headquarters could concentrate its efforts on membership recruitment, promoting Judging Rules, and chartering member clubs. The strategy obviously worked, as MCA is now well over 12,000 national members and more than 170 Regional Clubs with an estimated reach of over 40,000 members at the local level.

The Mustang Club of America began as a club devoted solely to the first generation of Mustangs: those from 1964.5 through 1973. In 1986, MCA asked its membership and clubs whether MCA should expand to Mustangs of all years, in an attempt to expand membership and facilitate corporate sponsorship from Ford. Nearly a two to one majority of members said no to this idea. Despite the wishes of MCA’s membership, the far-sighted Board of Directors approved the change anyway. MCA also began to shift their focus from concours judging to modified Mustangs, reflecting the general community’s interest. Today, thirty years after MCA’s founding, MCA embraces stock Mustangs, Shelbys, Roushes, Saleens, and Steedas of all years, and modified Mustangs, track and driving events, and is beginning to liaison with other clubs and national events, such as the All Ford Show in Carlisle, Shelby American Automobile Club events, and the Antique Automobile Club of America. MCA sanctions three National Shows and one Grand National Show per year, and holds a Mustang Anniversary Celebration every five years, and MCA’s own Anniversary Celebration, also every five years.

The early years of MCA were documented in a scrapbook. A nearly complete archive and database of Mustang Times articles are available for downloading at MustangTimes.net.